“Farther Along” – How to Make Sense of Circumstances 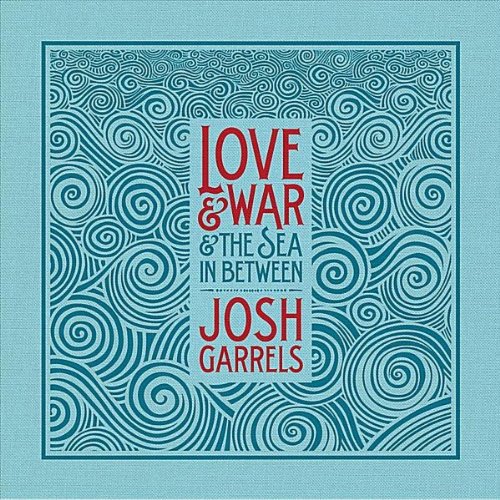 If you haven’t heard of Josh Garrels yet, you are missing out on some great music. I found out about him recently when I downloaded his new CD Love & War & the Sea in Between for free from NoiseTrade.com. You really should just go and download the whole free album from NoiseTrade or on his website, and then listen to it while you read this. His lyrics are very poetical, and much to my appreciation – very biblical.
The song that has been stuck in my mind recently is “Farther Along.” I’ve pretty much been listening to it straight for the last week – and I absolutely love what Josh has done with the lyrics. Below are some of the lines that I love (which is most of the song) with Scripture allusions I’ve added below in parentheses to show the biblical influence. After the lyrics I show the biblical flow I see in the song.

Tempted and tried, I wondered why
The good man dies, the bad man thrives
And Jesus cries because he loves ’em both…
…Where did I go wrong?

…There’s so much more to life than we’ve been told
It’s full of beauty that will unfold…
Farther along we’ll know all about it
Farther along we’ll understand why
So, cheer up my brothers, live in the sunshine
We’ll understand this, all by and by
(John 13:7)
But still I get hard pressed on every side
Between the rock and the compromise
Like truth and pack of lies fightin’ for my soul
I’ve got no place left to go
‘Cause I got changed by what I’ve been shown
More glory than the world has known
Keeps me ramblin’ on

And one day when the sky rolls back on us
Some rejoice and the others fuss
‘Cause every knee must bow and tongue confess
That the Son of God is forever blessed
His is the kingdom, and we’re the guests
So put your voice up to the test
Sing Lord, come soon

(Phil 2:10, Luke 14:15)
Farther along we’ll know all about it
Farther along we’ll understand why
So, cheer up my brothers, live in the sunshine
We’ll understand this, all by and by
The backbone and chorus of the song is an allusion to one of my favorite passages in John 13:7, where Jesus washes his disciples feet (essentially being a servant to them, when they thought he was going to be a messianic king). They don’t get it, and don’t want him to stoop to that level, but he says “what I am doing you do not understand, but you will understand hereafter.” That has so often been a comfort to me to recognize that I don’t always understand what God is doing now – but I will, hereafter. I will understand “Farther Along” and “by and by.” So the whole song is wrestling with things that don’t make sense in the world now. The lyrics are honest and struggle with seeing how things make sense, but always come back to the promise that we’ll understand why “Farther Along.”
The first verse then aludes to Psalm 73 (another of my favorite passages), where Asaph is wrestling with why evil men prosper and he (who is righteous) is perishing. If you follow the structure of the Psalm (which you can see in my earlier post on Psalm 73), you see that when Asaph comes into the temple of the Lord (Ps 73:17) he sees everything different in light of who God is. So even though his circumstances haven’t changed, he’s able to rejoice in them because he know his God is sovereign. I think the same sort of shift happens here in these verses – Josh realizes that God is in control and begins the shift to trusting him even when things don’t make sense.
So the next verse reminds me of passages about seeing God’s glory now. The one that immediately came to mind is Paul’s statement in Romans 8:18 where he says that the present suffering is nothing (“momentary light affliction” – 2 Cor 4:17) in comparison to the glory to be revealed by God. Josh has been “changed by what I’ve been shown / more glory than this world has ever known.” He’s caught a glimpse of what Paul is talking about – and so he is not concerned about what he doesn’t understand anymore – because he’s seen the glory.
Because of this realization, the next verse brings the beautiful image of a calf skipping as it’s released from it’s stall – from it’s prison (which is a direct reference to Malachi 4:2 – talking about how the righteous will respond when God brings justice in “that day” of the Lord). I love the image here. So an understanding that God will act in the future for those who are righteous brings joy so that we can skip like a calf now. We are “free to love” and when we fall “we get back up” because we have joy in abundance from God.
Then the final verse brings in the end with another of my favorite passages in Philippians 2. He quotes the end of the Christ Hymn, which shows that the Son humbled himself and submitted to his Father – as a result of that he was given the “name above all names” at which “every knee must bow and tongue confess” that he is Lord. So the song ends with a demonstration of our greatest example and how he is rewarded when he humbles himself and trusts and submits to the Father.
Now I’m not saying that is exactly what Josh Garrels was thinking when he wrote this (there’s probably more than this), but this is what I see when I listen to it. It’s about seeing more than your circumstances – seeing a God who is behind it all and working it for his glory and your good.  It is a beautiful song, and the lyrics have been ministering to me this past week greatly. I would encourage you, again, to download the whole album (especially since it’s free!).
The rest of the songs have plenty more poetic images and biblical allusions – as well as great music. Some of my favorites are: “Resistance”, “Beyond the Blue”, “Bread & Wine”, and “Rise” (which has many allusions to Psalms and Micah, among others). Let me know what you think, or if you see some other biblical allusions that I missed.
2 Comments
Share:

“Prayer is the sweat of the soul”